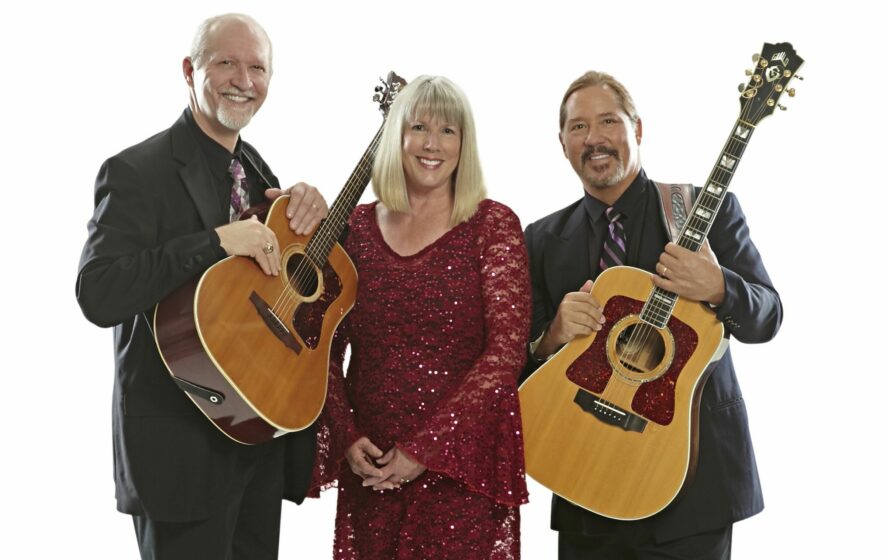 For 11 years, Peter, Paul & Mary Remembered has revived the beloved hits such as “Puff the Magic Dragon, If I Had a Hammer, and “Blowin’ in the Wind.” This high-energy show combines a good dose of humor, nostalgia, class-A musicianship, costumes, and audience participation for an unforgettable concert.

In early 2010 the group met with Peter Yarrow and Noel Paul Stookey and asked their blessing on the newly formed tribute band.  In July of 2016, they shared the stage with Peter Yarrow at a major music festival and left the audience yelling for more.

Unlike any other tribute band that is out there, PPMR has transcribed the exact arrangements of the original artists. Impeccable harmonies are blended for a sound that honors the legend of Peter, Paul & Mary perfectly. The show also includes a snapshot of the Cultural Revolution that launched the 50-year reign of Peter, Paul & Mary. As one fan put it, “This trio will knock your sox off. We were lost in nostalgia, singing, dancing and waving the peace sign. They sound exactly like the originals!”