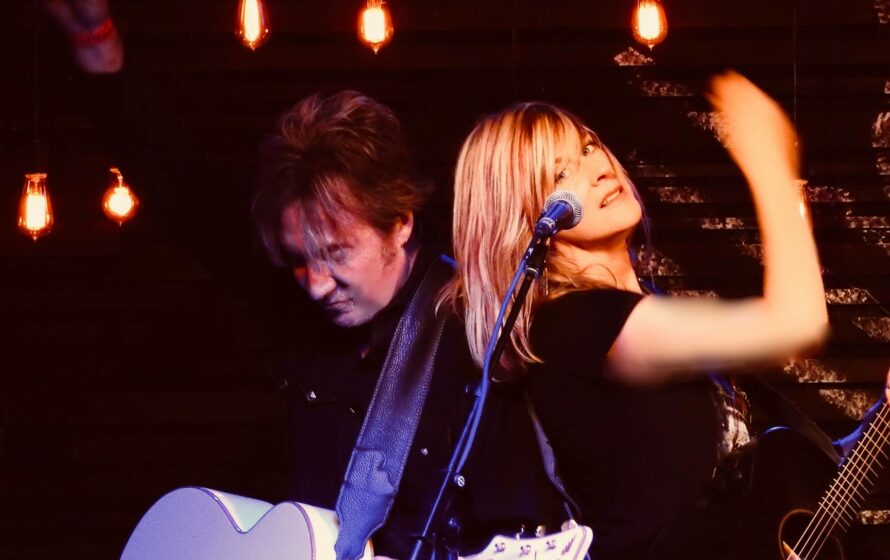 Carolyn Striho is an award-winning Detroit songwriter, singer and musician whose songs are “from the silver edge of midnight (All Music Guide).” From her early days in Detroit in art rock/punk rock to her current evocative music, Carolyn’s alluring vocal delivery with a powerful rock and roll folk eclectic sound hypnotizes crowds onstage and on her recordings.

Carolyn’s stage presence is enticing, exciting and gracious, and she bares her soul to the delight of the audience. A new album is in the works.

Scott Dailey is an award-winning guitarist, songwriter and singer in the Detroit, Michigan area. Scott was the lead singer/songwriter in the well-known Stingrays and has played with many artists, opening for Nick Lowe and The Ventures. Scott has performed in London, U.K., Rome, Italy, Nashville, Toronto, New York City, Chicago, California, and in northern Michigan.

Scott has won several Detroit Music Awards and was also featured on the cover of the Fender American Series Guitar Catalog, recognized for his breadth of work and ability. Scott also has received a Billboard Magazine Honorable Mention for his songwriting. He has performed with Carolyn since 2006.

And on guitar and vocals, Scott brings a robust, heartwarming energy to the stage and in his songs.